Pey Dalid at Your Simcha 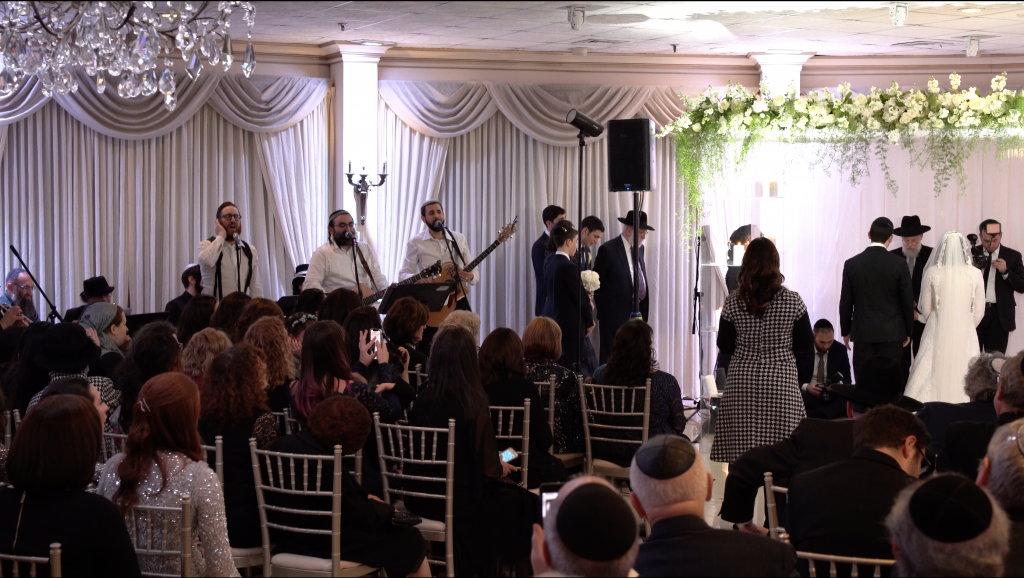 Pey Dalid was formed by the Walker Brothers; Mordechai, Shlomo, and Pesach. Furthermore, it has influenced and inspired thousands of people in its 18 years in the Jewish Wedding and simcha music world. Also, although Pey Dalid is based in the New York City metro area, we can play at any wedding nationwide. Consequently, from New York to Los Angeles and beyond, Pey Dalid has become one of the most desired bands for Jewish weddings.

Furthermore, Pey Dalid’s Jewish Wedding Band performs at thousands of Jewish Weddings, interactive Bar/Bat Mitzvahs, elegant Fundraisers, memorable Shul Dinners and many other events. In addition, Pey Dalid performs with a wide variety of music and instrumentation. We specialize in catering to the needs of your party. Any style, from traditional Jewish wedding songs to well known American songs can be found in the bands extensive repertoire.

Pey Dalid’s Jewish Wedding Band offers a wide variety of musical instrumentation and accompaniment for a Jewish Wedding. To be exact, these include keyboard, sax, trumpet, trombone, violin, cello, string quartet, percussion and many more possibilities.

One couple said it best, “Even after years of marriage, our friends still talk about the “horah hour” from our wedding and how much fun they had. It was a magical day and would not have been the same without the Jewish Wedding Band Pey Dalid.” And one Chatan commented at the end of the wedding, “It was the best Jewish Music that I have ever heard at a wedding!”

In conjunction with our phenomenal band performance, we also takes into consideration difficult economic times. We work within the budget of each family. We help to make your Jewish Wedding into a memorable event, one that will never be forgotten. Most importantly, though, we will be everything you could have ever dreamed of!

See what our customers have to say about us.