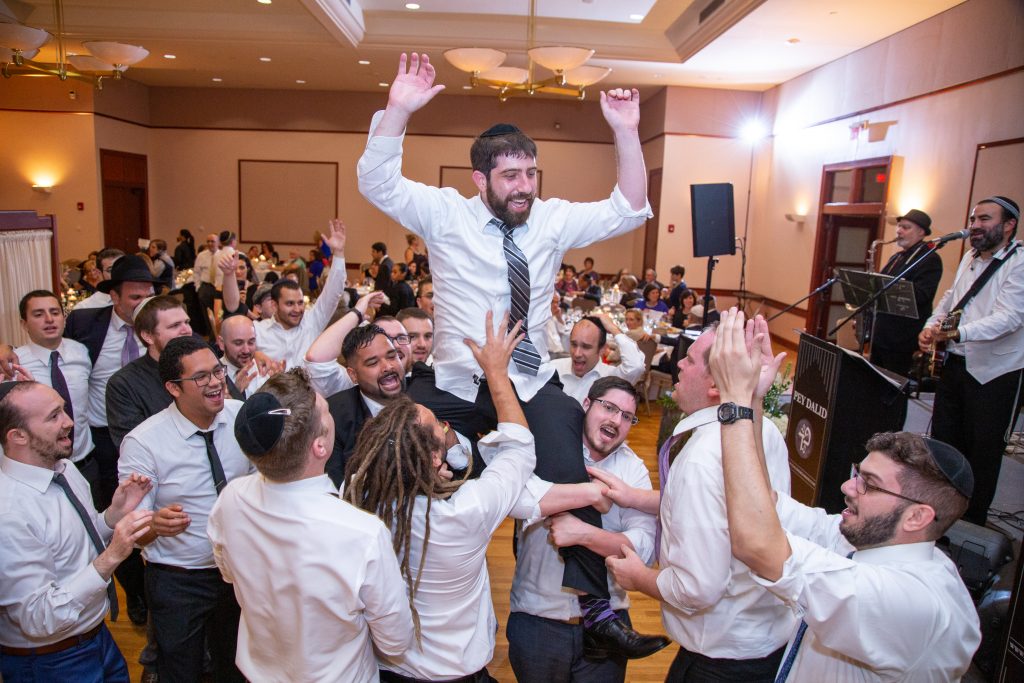 A Jewish simcha band speaks for itself, it’s a band that plays music at a Jewish simcha. In Hebrew the word “happy” is “simcha”. Interestingly enough, we refer to any traditional and/or religious celebration or milestone as a “simcha”, a time of immense happiness. Probably the biggest “simcha” any Jew can celebrate is a Jewish wedding. This is because it marks the continuation of the Jewish nation and its eternal existence. But the truth is that all religious celebrations, including bar and bat mitzvahs, are a Jewish simcha. And, of course, a time of happiness is celebrated with music and dancing.

So, if you’re looking to bring a high energy band to your upcoming Jewish simcha… Especially, the ultimate Jewish simcha, your Jewish wedding, we have just the thing for you. With Pey Dalid Jewish band at your service, you don’t have to look any further. We pride ourselves in being the best Jewish simcha band, with high-energy music and a wide variety of music styles. Our lively music will get all your guests to the dance floor and ensure that everyone present enjoys themselves. Our extensive repertoire of songs and styles, spanning from traditional to contemporary Jewish, as well as American music… enables us to cater to any style and crowd. Furthermore, our simcha band is unique for its broad assortment of musical instrumentation and accompaniments.

Additionally, our band members’ exquisite talent combined with their vast experience, create the perfect blend of classy, professionalism and an energetic, contemporary sound.

And if that’s not enough, we’ll also customize a music plan fit to your simcha / wedding and music choice preferences. We take interest in your simcha as well as your personal taste in music. Once we get an idea of your style, we’ll work hard to create a custom music plan for your special night of happiness. Our Jewish simcha band will ultimately make your simcha or wedding into the most memorable event. With our band’s music, we’ll set the tone for a simcha that’s everything you could ever dream of!

We’ll be there, whether your simcha / wedding is in New York, New Jersey, Philadelphia, Maryland or Boston. Pey Dalid’s Jewish simcha band will make your simcha truly unforgettable.